On March 11, the entire sports world will have tunnel vision for one thing and one thing only: Selection Sunday.

The NCAA Division I Men’s Basketball Committee will announce the 68 teams that will fill millions of brackets across the country.

There are teams that are virtual locks for the tourney. Teams like Villanova, Michigan State, Virginia, Duke, Kansas, North Carolina, Wichita State and Auburn will all be chasing the national championship.

Then there are the teams that will be biting their nails, hoping the 10 committee members choose them and that they get to hear their names called on March 11. These are the teams on the edge of making it, the bubble teams/the sleeper teams. 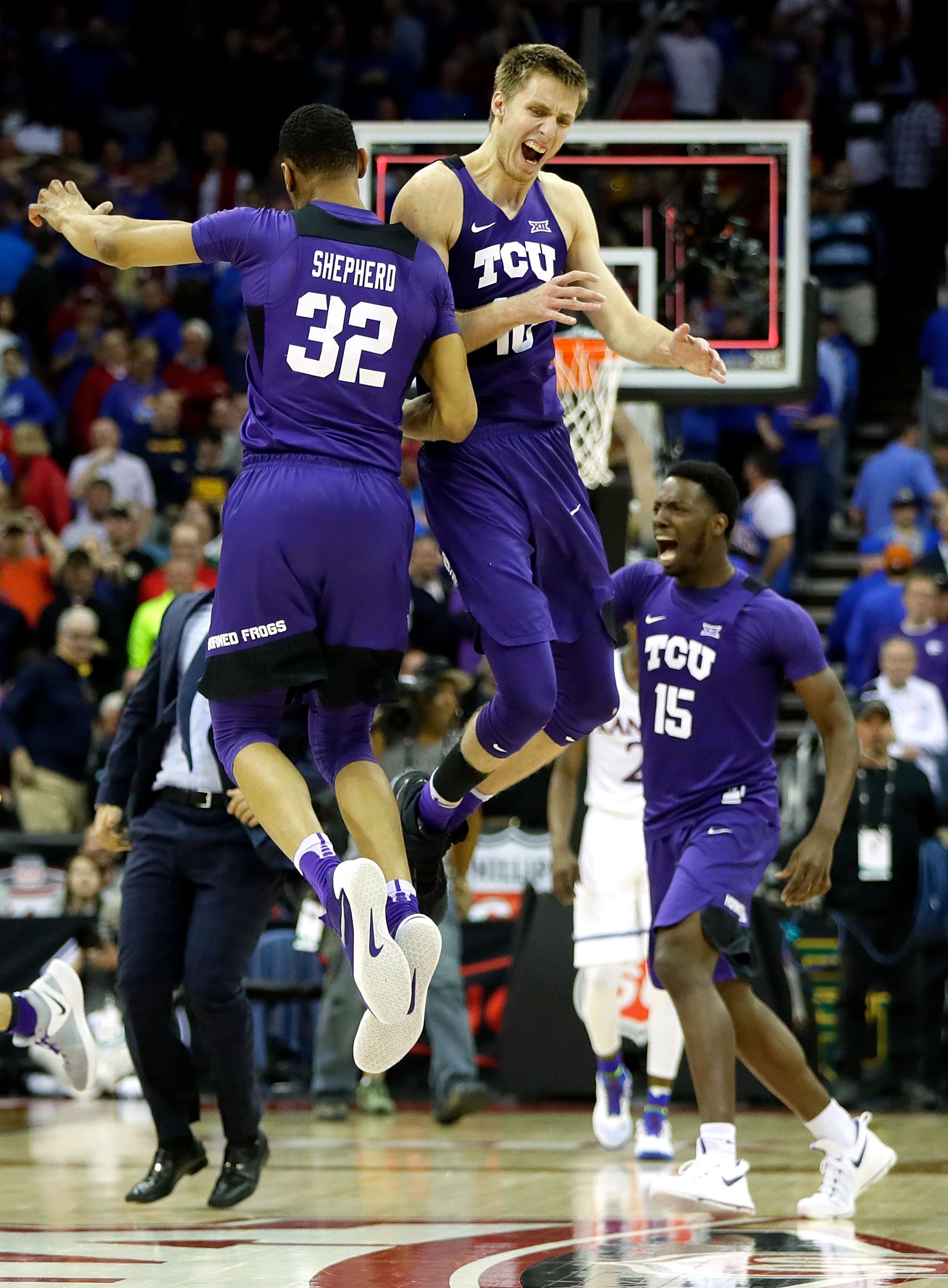 The Horned Frogs helped their case for joining March Madness with their 82-72 win over Baylor on Saturday.

The pivotal victory at Schollmaier Arena marked the first time since 1989 that TCU (20-9, 8-8 in the Big 12) swept the Bears, making it almost certain it will earn its first tournament birth since 1998.

The Frogs also swept Iowa State and Oklahoma State this year and has two games remaining this season. They are fifth place in the Big 12, and most analysts have at least seven teams from the Big 12 going to the Big Dance.

Should they get in, TCU is primed to play Cinderella. They are incredibly well-coached by Jamie Dixon and have already had to deal with adversity by playing through injuries.